The project involved removal of an existing steel bridge which after 25 years of service had severe rust.  The replacement bridge, from Links Bridges Composite Series, was made with FRP (Fiber Reinforced Plastics) beams and decks.  The guard rail was made entirely of HDPE (High Density Poly-ethelene).

This bridge will last for decades.  There are no materials that will rot, rust or require any kind of painting or coatings to maintain the look of the bridge.  The management of the building initially became aware of the Links Bridges alternative from 2 bridges that Links Bridges supplied earlier in 2016 to the nearby community of Smiths Falls, Ontario.

The project was not without its challenges.  To prepare the bridge, the existing bridge details were carefully measured incorporated into the bridge design details.  There was no margin for error.  At each end the bridge had to match existing elevations including at the building entrance where the bridge deck needed to be exactly flush with the door jamb.  There were existing fences, retaining walls and abutments that had to be accommodated if this bridge was going to fit.

An immediate solution was required because there were residents of the building with access challenges who were reliant on this bridge to come and go.  The Links Bridges’ engineer assessed that the base of the abutments was sound but the integrity of the top surface of the abutments were compromised.

The engineer decided against a ‘concrete’ solution primarily because the temperature was well below freezing levels and not a good situation for concrete to properly cure.  The engineer designed a solution that involved anchoring steel angles to the (uncompromised) side of the abutment. 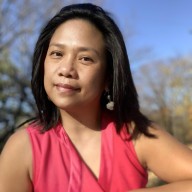